Silence is the Enemy of Recovery

After spending a few days in Florida at the NEDA (National Eating Disorder Awareness) Conference, I decided it was finally time to come clean about a huge part of my eating disorder story that I have yet to admit to most everybody – including myself.

Author, Susan Fales-Hill, closed the NEDA Conference with a testimony on her battle with eating disorders. In the middle of telling us her story, which is very similar to mine, she said, “Silence is the enemy of recovery!” As those words came out of her mouth, I felt myself immediately wanting to run to my computer and confess what many people who know me probably already suspect.

As long as I have a brick wall of secrets and bottled emotions to hide behind, I will never fully recover. So here it…one more wall of barriers in my recovery I am ready to break down.

After a long battle with anorexia, I spent a little over 2 years battling with a Binge Eating Disorder.

For a long time now, I have been ashamed of that part of my life because so many people think binge eating is as simple as having no self-control. However, the NEDA conference reminded me that nothing about any kind of eating disorder is simple.

While the exact cause of BED (Binge Eating Disorder) is unknown, experts have found a correlation between depression & binge eating. People suffering BED often are feeling pressures to be thin that can trigger emotional eating habits. My binge eating habits began shortly after I had started eating normally and recovering from anorexia. So naturally, I was putting on a few pounds. The trigger that lead to my binge eating habits was a combination of being weighed regularly by the Dance & Arts Management staff at Oklahoma City University; not yet having a rational mind about food and metabolism; and lastly, struggling with the desire to be anorexic again.

My habits were not all that bad to start out with. Striving to be anorexic again, I would attempt to starve all day, but would end up with a mouths full of cereal at the end of the day. However, as I gained pound after pound I became more and more depressed, and several times a week would hide my disappointment with myself behind a box of Cheerios. Every night that I binged, I would repeat to myself, “eat as much as you can tonight, because tomorrow you will be anorexic again!”

Things only got worse with time, and as they got worse, I ate more! I came home from Christmas ashamed of who I had become. I begged my parents to let me stay home from the Christmas celebration with the family. I didn’t care about receiving any gifts. The best gift of all would have been being able to hide my body from the world! – They said “No.”

I think my depression became obvious to my mother one day during the Christmas holiday when she got upset with me over how I was washing a dish. She simply tried explaining to me that the dish needed to be properly cleaned, and for whatever reason, I ran off to the restroom crying like I had just found out my dog died. My mother chased me to the restroom not understanding how I was so upset over a dishwashing lecture. However she became speechless when the only thing I could say through my tears was, “I don’t blame you for hating me…I hate myself!”

After Christmas break, I went back to Oklahoma City University (OCU) feeling a little better about myself thanks to a few people who told me over and over again that they believed I was prettier with big thighs and big hips rather than thin and bones with no smile. However, the OCU Dance School put an end to my happiness quickly. The Ann Lacy School of Dance student’s got weighed in only a few days after returning from the Holidays. Soon after weigh-ins I got a lecture over how large I had become. If I didn’t lose weight, I was at risk of failing my dance classes.

I walked out of one of the dance teacher’s office with red eyes from tears as she told me, once again, I need to go on a diet! I confessed my past with anorexia to her and my battle with recovery, and in return she hands me a tissue and a diet plan. The minute I reached my dorm room, I started crying like a baby until my friends came in to comfort me. However that night, once I was alone with my thoughts and sadness, my binge eating habits returned.

It was not until I left Oklahoma City University that my binge eating habits began to slowly fade. Likely due to the pressure of weight no longer playing a role in my life and studies.

I’d have more normal days in between my binging episodes, and the amount of food I’d consume gradually became smaller portions. Finally one day, after spending the day cramming for a test, I stopped by a Walgreens to pick up several items to binge on. I always assumed every binge would be my last, so I wanted it to be a good one. This time was different though. I made myself a huge plate of Macaroni and Cheese, but could only eat a small portion of it. I then put it away and brought out the ice cream. After eating a few spoon fulls of the ice cream, I put that away too. As I sat back on my sofa, not bloated or full of food, but instead feeling content, warm, and happy, I realized I had done it! I was on the right path to beating B.E.D!

PS:  You may have noticed the photos linked to this blog are all mostly selfies of my ‘duck face.’ In the 2+ years I had a binge eating disorder, I can find very few photos of me at all and even fewer of my body. Most photos I held onto were selfies or me hiding behind a group of people making a duck face with hopes that it helped me look thinner. I’m happy to share with you a photo from the day this blog was written of my SMILE! 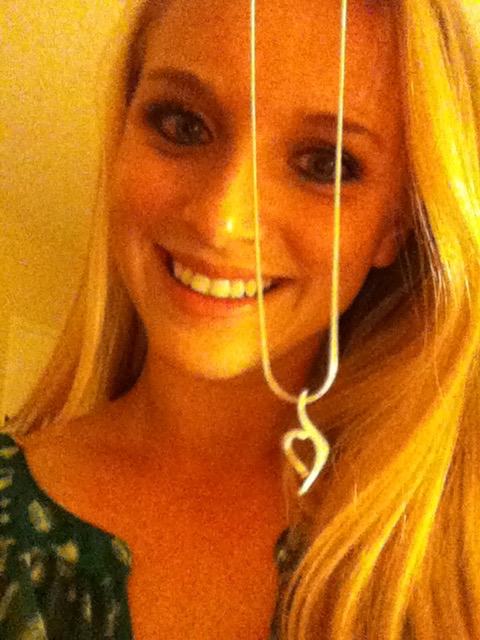